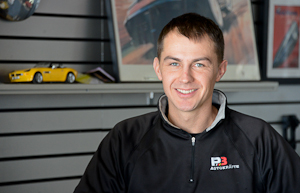 Owning them, driving them, crewing for a privateer Porsche race team in the Speedvision Cup, and being fascinated by them from an early age, Dan knows Porsches inside and out.

In his words, after seeing the 959 released when new, “It blew my mind”. From that point on, he knew that his life would revolve around the Porsche brand. Prior to founding P3 Autokräfte, Dan was considered top talent in the regional Porsche world, and had been courted by nearly every shop that worked on Porsches in the area. Dan was at The Wheel Source for a number of years which he remembers fondly. Particularly thrilling was the year he and Alan worked as the crew to campaign The Wheel Source Porsche GT3 in the Speedvision Cup in 2000. He is an avid Porsche, BMW, Audi, and VW owner.

Danny founded P3 Automotive in 2002, years later changing the name to P3 Autokräfte to showcase the German specific facility. He is ASE certified, as well, as certified as a BMW technician. 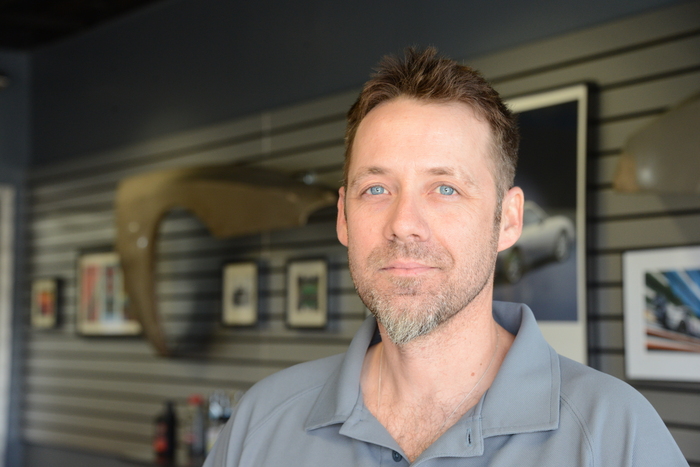 Eric joins P3 as a diehard Porsche fanatic and owner. Currently, he’s the proud owner of a ’78 SC that is undergoing restoration. He purchased the car 20 years ago, and though it has changed hands, he couldn’t live without it, and bought it back. He’s also the owner of a Boxster for daily excitement. His general Porsche knowledge and trivia-level facts make him very sought after for automotive trivial pursuit. He keeps clients up to speed with scheduling, service inquiries, and front-of-house operations.